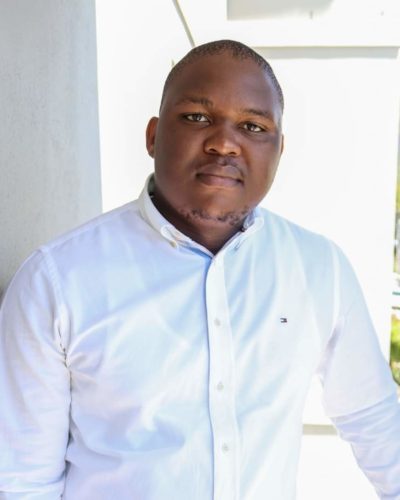 I was raised in a small township called Nseleni, situated in the north of KwaZulu-Natal. I am currently based in Cape Town, where I work as a clinical psychologist at the University of Cape Town (UCT) as well as in my private practice. I am registered for independent practice with the Health Professions Council of South Africa (HPCSA). I hold an MA in Clinical Psychology from the University of Zululand (UZ), an MA in English from the University of the Western Cape (UWC) and am currently studying towards a Master’s in Public Health (MPH) at UCT. I did my 12-month internship in Pietermaritzburg, rotating between Fort Napier Hospital and Townhill Hospital. I then proceeded with community service at Eshowe District Hospital, where I worked as the only full-time psychologist, attending to both inpatients and outpatients. I relocated to Cape Town in September 2018 to assume my duties as a clinical psychologist in the Department of Student Affairs at UCT. I later ventured into private practice on a part-time basis. My practice is situated in N1 City Mews, Goodwood.

I am also a published award-winning poet with two major publications: a debut collection of poems, entitled All the Places, published by Uhlanga Press in June 2019 as well as a chapbook, entitled The Internal Saboteur, also published in 2019 by Akashic Books in collaboration with the African Poetry Book Fund (APBF). My debut collection won the 2020 South African Literary Award (SALA) for Poetry in English and was also shortlisted for the 2020 Ingrid Jonker Prize. My work has appeared in several local and international literary journals, both online and in print. I have also participated in several literary festivals, including the Open Book Festival, the McGregor Poetry Festival and the Obheal 8th Winter Warmer online Poetry Festival based in Cork, Ireland.